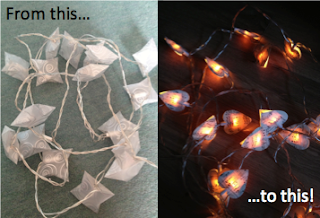 I've had this set set of fairy lights for years and have never really liked them. They were a bit of an impulse buy because they were cheap, but it's taken me until I've graduated and have nothing else to do to give them a bit of a make over. I had them hanging over my keyboard in my room when I decided to do the refashion which is what gave me the idea to do a musical theme. Although it might seem a little sacrificial to cut up music to make into fairy light covers, I used old scores that I'd lost the other sheets to so were headed for the recycling anyway. I really like how they've turned out. If you aren't musical or don't fancy hacking into Mozart's best work, you could use any kind of paper thats not too thick.

You will need...
* A string of fairy lights
* Sheets of music (or alternative paper)
* Scissors
* Double sided tape

1. I started of by removing the original covers on the lights. My next job was to create a heart template. I did this by using my laptop screen as a light box and drawing round a heart I found on the internet (this works surprisingly well although I would suggest using pencil instead of pen incase it leaks through the paper and you end up drawing on your computer screen!). Once you have your heart template, fold it in half to ensure symmetrical hearts and you are ready to start cutting. 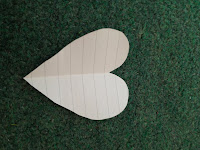 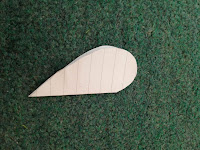 2. Now you have your template you need to grab the paper you want to make the hearts out of and fold the edge down so that you can draw round half the heart and cut it to make a complete heart. Its easier to see what I mean in the picture than for me to explain... 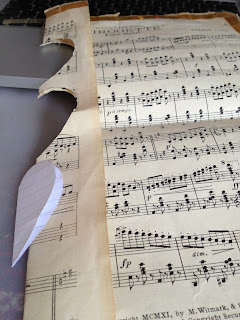 3. You're gonna need 2 hearts for each light, so for mine, there were 20 lights on the string so I cut out 40 hearts. Now you're ready to get sticking!

4. Take the first two hearts. Cut two thin strips of double sided tape and stick them to the fattest sides of one of the hearts. Then peel of the back of the tape and carefully line up the other heart and stick them together. You should get something like this... 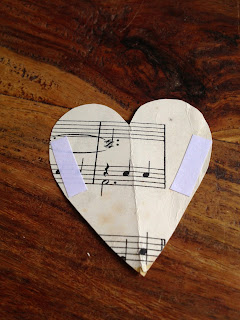 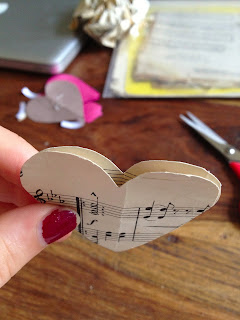 5. To stick your heart to your lights, take another two small bits of double sided tape and stick them to the round bit of the light stem. Then peel of the paper and insert the stem into the top of the heart and press it together. 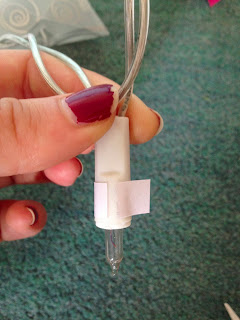 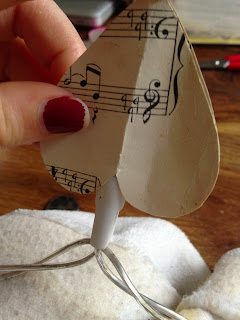 6. Repeat this to cover all the lights and voila!

WARNING: I have not checked that the paper absolutely won't catch fire if the lights are left on for a long time and heat up, but I'm pretty sure that if you are using LED lights that they won't get hot enough for this to happen. BUT please be sensible and don't leave them on unattended. I don't want to be responsible for a house fire :) 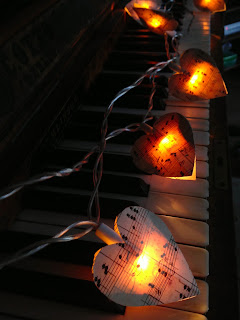 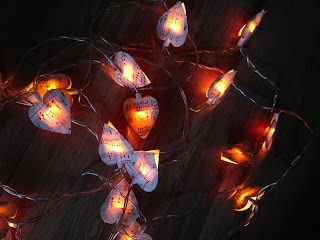 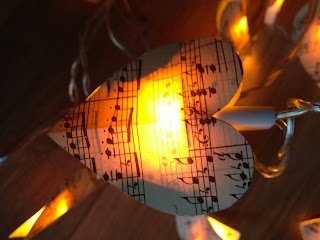